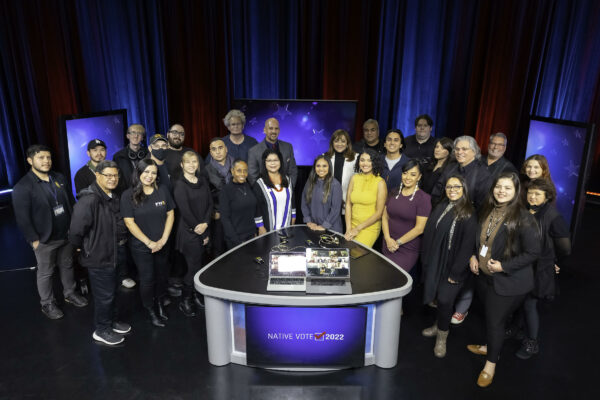 The mid-term elections in the US had a lot of surprises, including a predicted wave of Republican victories that never materialized, but some big stories likely would have gone uncovered unless Mark Trahant, editor-at-large for the digital news site Indian Country Today (ICT), and his colleagues, a group of Native reporters, editors and producers weren’t busy at work. Stories like one in Arizona that Trahant says he didn’t even see in local media, let alone national outlets. “There are now seven Native women judges in Arizona. Which is the highest in the country,” he said. “If we didn’t do this (coverage),” said Trahant, “nobody else would.”

In all, around 87 Native candidates were on state and federal ballots across the United States, including 11 indigenous candidates running for US Congress in 10 states. Trahant’s ICT outlet partnered on its election night broadcast with the TV channel FNX|First Nations Experience, the first and only channel in the United States devoted to Native content. As part of the coverage ICT shared a viewing party primer with tribal communities to help people figure out how to tune in and invite others to watch.

Trahant was kind enough to chat with the Listening Post Collective’s Jesse Hardman about his election night coverage, and the important stories from Indian Country that most of America likely missed.

JH: How long has your election coverage been going, and how did you get started?

MT: We really started on a whim. We knew that the 2018 election was going to be really remarkable. We knew that folks like Deb Haaland and Sharice Davids were going to be elected, and we knew that the media wasn’t going to cover them out of the blue. It was six weeks before the election, and we thought, what if we could get together an election night program? And then I called FNX, and said, are you interested? And they said, absolutely. And now that’s become a pretty ongoing partnership. The first year we did six hours of broadcasting. 2020 we did two hours, which was not enough. And this year it was three hours, and we immediately decided it was not enough. So I think next election we’ll probably do between four and five so we can cover every time zone.

JH: Talk about the staffing of your coverage from the host seats to the reporters, what tribes were represented in the coverage? 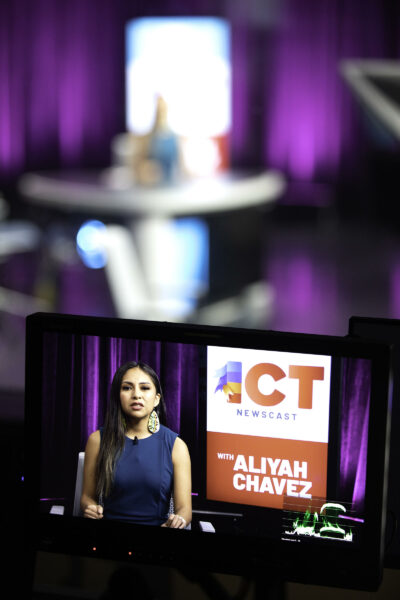 MT: The executive producer is Athabascan Alaskan, and she was in the booth. On the technical team we had a Ho-Chunk and someone from Gun Lake Pottawatomi as technical directors. Two anchors, Shoshone-Bannock and Tewa Pueblo. We had Washington DC Diné. We actually partnered with Civil Beat, which is not an indigenous institution, for Hawaii. We had a Tlingit reporter in Alaska. We had a reporter who is Acoma Pueblo who lives in Kansas covering Sharise David. Our Vice President for broadcasting became a reporter that night, and covered Peggy Flanagan in Minnesota, and she’s Ponca. We had a Mandan, Hidatsa and Arikara reporter in North Dakota, and a Blackfeet reporter in Montana, which is a good story, because it’s the one state where indigenous (political) representation is higher than the population. It’s about 7% and the population is 6 and some change.

JH: There were a lot of younger reporters involved in your broadcast, you must be mentoring them through this experience. I’m guessing a lot of them haven’t had this opportunity.

MT: We really make that a part of our mission. Yes, we serve audiences with our reporting, but we’re also building a platform for young people. And we can’t forget that. And it’s because we’ve seen how the media has not been very diverse, and it’s not been inclined to move in that direction. So what we’re doing is creating an opportunity for people that can’t be ignored in that sense.

JH: Well, it seems to be happening in tandem with growth in native voting and also a growth in people running for office from different tribal communities.

JH: What wouldn’t get covered if you didn’t do this broadcast?

MT: The Navajo Nation had their tribal presidential election going on, which we also covered. Navajos were voting in the tribal election and then walking down or driving over to vote in the state election. That made for some very interesting stories. Actually, that’s one of those uncovered stories because the Navajo Nation elected a 35 year-old young man to lead the nation. People talked (nationally) about the youth vote, here’s a real example of that and it’s still not been out as a national story other than ours.

It’s (also) the opportunity to see in real time Peggy Flanagan (MN Lieutenant Governor and the country’s highest-ranking Native American woman elected to executive office). One of the highlights of the night was during our interview with Peggy Flanagan they announced her victory. And so that moment, being able to share that across Indian country, I think was part of the experience. It just was really extraordinary. She’s the first Native American woman to be in that position. Pretty rare, I mean, she’s a future bright spot certainly for democratic politics.

JH: What were some of the issues and ballot measures at stake in the election that you knew were of particular interest to native audiences?

MT: Because it was one of my favorites, Medicaid. Medicaid was on the ballot in South Dakota and it has a direct significant impact on Native American health because people will have coverage and be able to get services that they wouldn’t have been able to get before the election. One real example of that is North Dakota is a Medicaid expansion state and South Dakota was not until election night.  In North Dakota, somebody could go get services, through the Indian Health Service and in South Dakota the exact same client population a Lakota person could not get services in South Dakota, when they run out of money. Now they will have that access to resources. So it was a huge story. Medicaid is so interesting because, and not many people even cover Medicaid anyway, let alone its impact on Indian country, but Medicaid has never lost an election. It’s 7 and 0 on the ballot. When people get a choice, they say yes.

JH: Any other issues that pop out?

MT: Well, of course, in California, the 27th and 26th propositions and kind of the message there, if gambling is going to have sports betting in California, it’s got to work with the tribes, not against them. 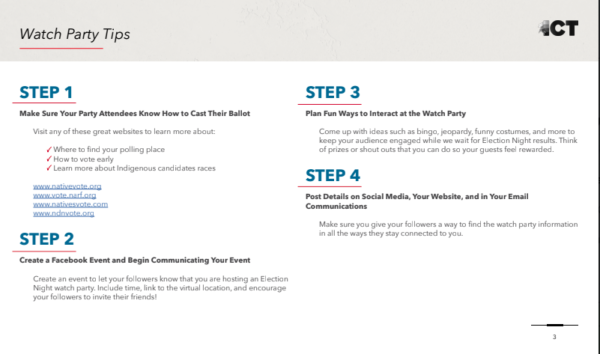 MT: Probably just being patient, and if a story is going longer than whatever is allocated, like three minutes, letting it play out. I mean, we really saw that when a couple of candidates came on, and the host, one of the anchors, Aliyah Chavez just explicitly said, we’re going to let this go on. She sent a message to the producers and the technical people to stay with it, because we still had something to learn from that person.

JH: What do you feel like the audience walked away with?

MT: I think to me, the overall goal is to make it so that people see themselves in the news broadcasts, where for so long, it’s only been about other people running for office rather than our own. So if nothing else, if we can open up that door, so you can say, look, people from our communities are running and winning, and show those stories, that would be big.

JH: Thanks Mark, I really appreciate the important work you all are doing.